A proposal for two time zones has come from India’s national timekeeper itself.

Scientists at the Council of Scientific & Industrial Research’s National Physical Laboratory (CSIR-NPL) have now argued that IST should be done away with at the Chicken’s Neck. The National Physical Laboratory is the National Metrology Institute of India and a Premier Research Laboratory in the field of Physical Sciences and is one of the earliest national laboratories set up under the Council of Scientific & Industrial Research.

There is a request to change the temporal modalities of the Indian nation-state from its official time-keeper. India extends from 68°7’E to 97°25’E, with the spread of 29° representing almost two hours from the geographic perspective, the effect of which is that the sun rises and sets much earlier than it does in the rest of the country. 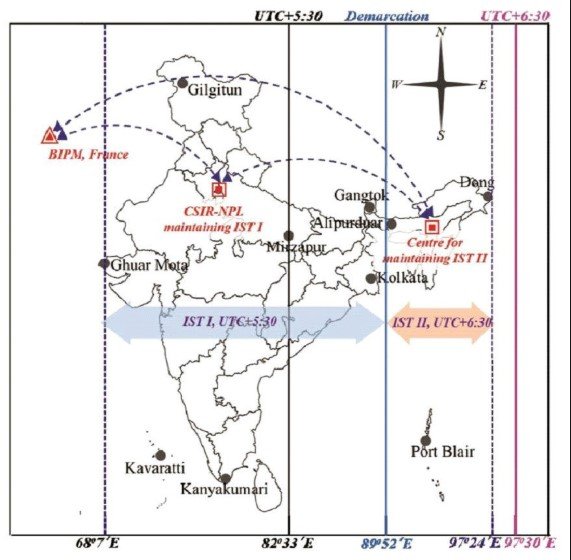 Over the years, various citizens and political leaders have debated whether India should have two separate time zones.  Having more than one time zone in a country is not a new or unheard of. Russia alone is divided into nine time zones.

Moreover, research shows that the energy saving from creating two time zones is not particularly large.

According to the RBI it has been officially stated that our country is going through an economic slowdown. It gives arises to many questions in our minds i.e., Is India Facing Economy slowdown? #India #slowdown

Is Kashmir Choking on Radicalism?

Indians today are governed by two different ideologies. Their political ideal set in the preamble of the Constitution affirms a life of liberty, equality and fraternity. Their social ideal embodied in their religion denies them. B. R. Ambedkar Many analysts, Indian and foreign, had assumed until recently that Indian Muslims were immune to extremist propaganda […]

Livestock and Inclusive Growth of India

The Worst Water Crisis for India in it’s History?